Where The Grand Cross & Your Soul’s Grand Journey Meet – 101. 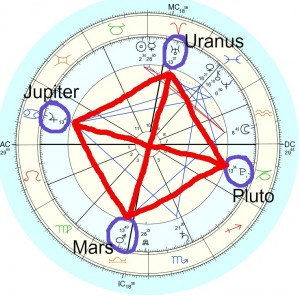 There is a lot going on this week so let me break it down for you as best I can…..let’s begin!

Yesterday and today I felt/feel as though I have an elephant on my shoulders and I’m pushing a huge boulder up a mountain. Yup, I’m exhausted and drained.

Can you relate? It’s the energy of the cardinal grand cross. If you’re sensitive to energy you may feel as though you want to sleep right now. Just flow with it. There are major energies happening now and even though they are in cardinal signs, which are about new beginnings and initiation, I’ve found that sensitive beings can feel the tremendous shift and opening that is currently peaking…and it’s A LOT!

I want to make it clear that you have to honor how you feel and it’s OK to rest, however, I also try to make it very clear to never use astrology as an excuse rather a deeper understanding of how your energy and physical bodies are absorbing what’s currently going on. Know that the show must still go on…we all work, take care of our families etc. etc. however, having insight as to why you are feeling this right now can help keep you on your path.

So what exactly is happening right now…..

This week is an especially powerful time of spectacular astrological configurations of exact “perfection”.  (That was kinda a mouthful wasn’t it?)

We have 4 (major) planets all at 13 degrees of cardinal signs in the sky forming an exact cross formation which is a lot of pressure. Again, pressure is not always bad. It’s what prompts and forces change. Without it you don’t have the drive to push yourself beyond your comfort zone.

I’ve included a copy of a chart for this week which shows how the planets are making this dynamic Grand Cross Formation in the sky. There are not actually lines in the sky, rather the planets are all opposing or squaring each other (at 90 degrees) meaning….for ease of translation…. there’s a lot of pushing and pulling and squeezing going on!!!

I would be doing you a disservice if I ignored a huge component of this configuration, which is the degree/number that these energies (planets) are all connecting at. This ties it into the larger picture here and tells us more of the story.

The vibration of 13 in numerology and tarot is related to death which is ultimately about transformation. Don’t be scared, I’m not referring to death literally here for the sake of this explanation. We are dealing with archetypes….tarot, numerology, & astrology are all studies of archetypes, symbols, vibration, energy, etc….and they are all connected just like everything in the Universe.

The number 13 is not the scary number that modern western civilization has deemed it to be.  (Just think about marketing and Valentine’s Day – it’s all blown out of proportion for drama and reaction).

13 is actually very powerful and related to significant change and transformation. It is not to be feared but embraced. Let’s look at the parts: 13 (1+3=4).

1 is about leadership, initiation, beginnings, and independence.

3 is the energy of expression and creativity, it’s related to throat chakra and communication.

The energy of 4 vibrates to the earth plane, it gives us structure and grounds our ideas into form….there are 4 directions (N, E, S,W), 4 seasons, 4 elements (fire, earth, water, air) and it’s the configuration of a square or rectangle (like the chart). 4 is the energy of hard work and dedication.

Bringing this all together – It’s about you (1) creating and bringing ideas (3) to form on the material plane (4).  Aka…the change that the grand cross is bringing over time.

Within the Grand Cardinal Cross configuration we have:

Mars (planet of action, drive, motivation, fighting, assertion)
Pluto (the planet which is deeply connected to your souls journey and one of complete elimination and transformation)
Uranus (planet of liberation, reform. This planet wakes up your consciousness and does so in abrupt and shocking ways…it can never be predicted exactly how it will play out)
Jupiter (planet of expansion and growth)

All 4 of these planets are making a rare “pit stop” at 13 degrees of Libra,  Capricorn, Aries, & Cancer (respectively). (See chart). These are the cardinal signs which are about initiation. The square/cross formation is motivating change especially this week (April 21st – 26th) and will continue to do so over time. This energy has been building since the beginning of this year and will be active until July 2014 at which time Jupiter will move out of Cancer and into Leo which breaks up the configuration.

In my opinion the Grand Cross is one of the most beautiful and auspicious connections/configurations of our time. We will of course have many other aspects; however, this is a rare experience indeed.

The Universe is made up of patterns, of rhythm, of sequence of numbers (Fibonacci, the spiral, the golden ratio) and this grand cross formation is a beautiful energy to experience as a human being.

As I started out in the beginning this is a lot of pressure and my energy and physical body is exhausted. However, it can manifest in different ways as we all have free will and are all making decisions every day that influence and shape our lives.

Here is your intermission/bathroom /popcorn break………..

Today (April 21st, 2014) is also important in that during this Grand Cross formation today marks the 5th of 7 exact squares (square = 90 degrees of pure, sexy motivating pressure!!) which we will have between Uranus and Pluto.

The 6th “hit” occurs in December 2014 and the final one in March of 2015. The Uranus/Pluto square has created and is creating a series of deep psychological changes that started in 2012. These are huge turning points along your soul’s journey of evolution. Yes, big change can happen this week, however, just like eclipse energy these powerful aspects set things in motion that will unfold over the coming months and years.

It’s important to understand that all energy builds upon one another, things don’t just happen independently. Everything is connected and astrology points the way to connecting the dots of the rhythm of the universe…its magick (no the K was not a typo) and a symphony of orchestrated mathematical precision at the same time.

Just like deep mysticism (science & magic) it can be explained while not explained at all. Get used to this dichotomy as that polarity is the crux of our existence. I can teach you what I know to be true and I can guide you based on my logic and intuition, however, I know nothing at the same time. I’m humbled by the beauty and magnificence of the magical universe that we live in.

The Universe is awe inspiring and filled with moments of pure bliss countered with times of intense pressure, but remember this statement is absolutely true…it’s the pressure that makes diamonds.

Allow yourself to change and evolve, surrender your ego and allow the Universe to bring in new energy that is aligned for your highest good. That does not mean sit around and wait for things to happen. You are a co-creator of your reality and this energy can catapult you to bigger and better things. Ride the wave and see where it takes you. Know that you may go to new, unfamiliar places and that can be scary, but it’s OK. Deep down inside if you really listen to your heart you probably knew all along that it was time and your soul was ready to truly shine.

This is a time for you to step into your power, own it, rather than give it away and use it to enlighten yourself and others. If you can get out of your own way and do that…that in itself is a miracle and this energy is the closest thing we have to making miracles happen!

*Remember, we have another eclipse (Solar Eclipse) coming up April 29th at 8 degrees of Taurus. Look to see if you have planets or angles close to 8 degrees in the fixed signs (Leo, Aquarius, Taurus, Scorpio) and if so then you will be eclipsed!!

Also, from experience in my personal life, lunar eclipses seem to take things out of my life….ummm especially when they hit exactly on the ruler of my house of relationships like the one in October and April did….ahem!!!….aka, men in my life….sigh…..ha!

However, I have found solar eclipses to fill that space back up so I can’t wait to hear what happens for you and oh yes, for me too!! Bring. It. On!

pps- the last time I had an eclipse on my sun in my chart I had nonstop dates for months….the sun rules men in your life…hello!! Just saying…. It’s not always negative….but it IS always about change.

If you’d like to understand more about your soul’s contract with the Universe (i.e. your birth chart) book a reading and we can guide you toward your own inner light.

Feel free to leave a message below about your experiences or the blog!