Jupiter Going Direct – It’s Time To Reap What You Have Sown! 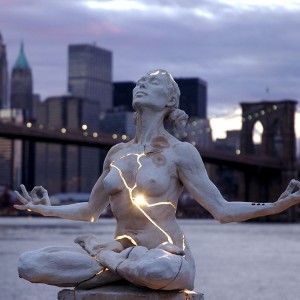 This is the moment we’ve all been waiting for….well at least for the last 3 months or so! On Wednesday, January 30th, Jupiter, the planet of abundance, goes direct! Since October 2012, Jupiter has been retrograde in the cosmos and while in ‘backward’ motion Jupiter has been asking us to go within and expand…to deepen our faith in ourselves and in our soul. We were being encouraged by the Universe to focus inward on our divine light, to build a foundation for what we believe in, and learn to trust that we have everything we need directly inside of us. Now that Jupiter is going direct we will be bringing this deepened sense of faith and self out into the world and hopefully we’ve done enough soul searching that our gifts can manifest themselves on the material plane…in the 3rd dimension if you will.

Jupiter rules expansion, growth, and abundance. It is a planet/energy that GIVES and on a mundane level it can be compared to the idea of Santa Claus. However, it also shows where you have ‘opportunities’ (key word) for expansion. It does not guarantee anything as we always have free will, and it is up to you to use the energy for the highest good rather than for self-indulgence or excess which is the lower octave of this planet and can and often does manifest in our lives in some form. The placement of Jupiter in your birth chart shows were you have opportunities for growth, where you can be great ‘teachers’ (through giving/sharing) and where you have the ability to expand beyond your wildest dreams! Yes, Jupiter can yield great rewards – after all, in karmic astrology, Jupiter’s placement shows where/how we have been rewarded for good deeds in a past life.

From January 30th until the end of June Jupiter will be moving direct through Gemini. It’s a time to expand your knowledge, your thoughts, your intuition (Gemini is the messenger), and it’s also a time for learning. If you’re lucky (Jupiter) will be making aspects to other planets in your chart as well and since Jupiter expands what it touches my wish for all of you is to be blessed with a beautiful, abundant Jupiter transit during this cycle and beyond! Starting January 30th, things will start looking a little bit brighter as Jupiter begins to shine its effervescent light upon all of us yet once again.

This beautiful photo/sculpture* by Paige Bradley depicts exactly what Jupiter has been stirring inside of us over the last several months is now ready to burst outward into the physical world – let the good times roll!

Jupiter mantra: I am open and ready to receive the gifts for my highest good.