Full Moon in Capricorn – The Tipping Point of 2014 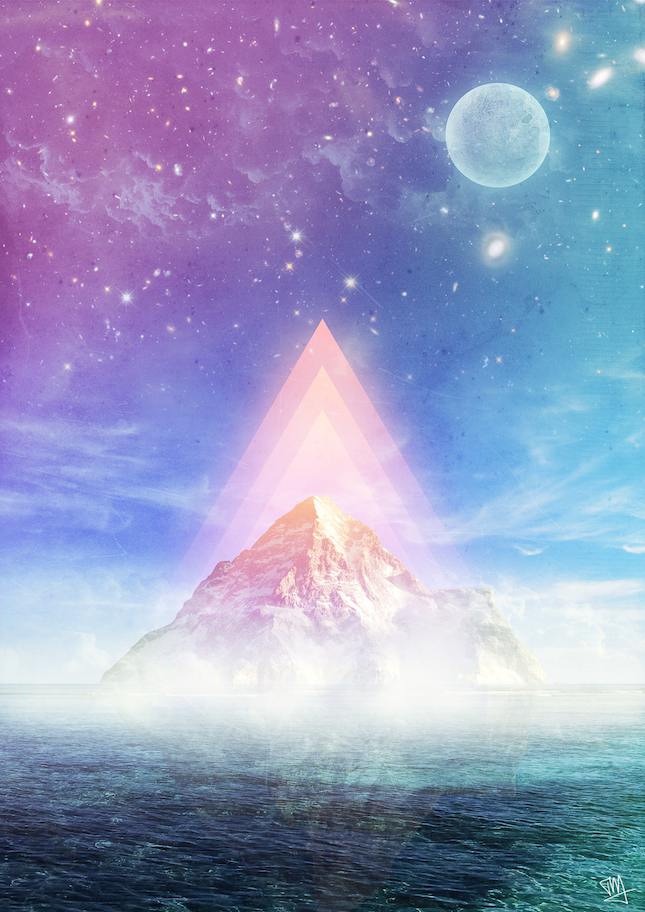 Every month we have a full moon and while they are heightened times of energy they are not always make it or break events.

…and then came the full moon on July 12th.

There is a book by Malcolm Gladwell called, The Tipping Point which pops in my mind when thinking about the energy of this full moon.

The book is about that magical turning point that sets something off…where it spirals into something grand, something so much larger than it was before.

In many ways, this full moon is the tipping point of 2014.

Back on January 1st of 2014, you know…way back when…back when it seemed like everything was retrograde…yeah that happened you didn’t imagine it.

Well back in January we started the year with a new moon in Capricorn but the Universe wasn’t so ready for us to really start the year off. At first we had to do a little back tracking. “A little “ is a nicer way of saying SIX loooong months!

As I’ve mentioned before we’ve had Venus, Mars, and Mercury (all inner planets meaning we feel them more personally) in retrograde motion pretty much continuously since the end of 2013.

On July 1st Mercury went direct making it the last of the personal planets to be doing the moonwalk. However, it’s wasn’t full speed ahead right away because we always have a shadow period after a planets turn direct. Basically the energy needs some time to pick up speed and get back into the flow. Just think when you’re sick and then you get better, you’re usually not at 100% right away…it takes time.

I mentioned in my last newsletter that mid-July is when 2014 is really going to start to take off. Energy is going to be moving and new doors are going to be opening.

Congratulations that time is just around the corner!

(Disclaimer: I don’t mind retrogrades, I think they are important. I do mind however, when there are 2.5 million retrogrades at once and we are all trying to move forward. Makes for awkward moment like you’re running through mud).

OK fine, so we went backward and are now ready to go forward.

Can we get an amen up in the house now that we’re done with all that?

Onto the full moon….

I want you to imagine in the old days when a King (since we’re dealing with Capricorn right now) would be introduced to his court and you heard (in theory! You’re not that old, I’ve seen your birthchart!) the trumpets playing in the background….the energy was grand because something big or someone in this case was about to be revealed.

That is how I think of this full moon which will be exact on Saturday, July 12th at 4:25 am pst.

Remember, energy of a full moon can still last days after it’s exact. Nothing is black and white; it’s always in constant movement.

I also like to compare a full moon to boiling water in a teapot. It’s hot and when it’s ready it will start to whistle as it’s at its max! This is how we feel under full moons. The energy is potent and ready to burst. We feel alive and many can often feel erratic….there is a reason why emergency rooms are busier under full moons….some don’t have awareness enough to know that we are influenced by everything around us….yes, even la luna!

Full moons are when we are reaping the harvest, we have done the work, and we are allowing things to fall into place and if our timing is right things come to fruition. Often times things need to end as well in order for the right energy to enter. Full moons can go either way. Be open and trust the Universe.

This full moon is in the earthy and disciplined sign of Capricorn. Capricorn always has BIG goals and big ambition because success is not a just a possibility, it’s their only reality…it’s how they are wired…it’s in their dna.

For everyone else, even if you aren’t a Capricorn sun you all have it in your birth chart and may even have a planet at 20 degrees where the moon will be at its peak. This means it will be lighting up an area of life for you. If you don’t know where 20 degrees of Capricorn is in your chart, not to worry as full moons are felt by everyone because the energy is so potent.

Whenever we have a full moon it means the sun is opposing the moon. With the Sun currently in nurturing and home loving Cancer there calls for balance between your inner life (Cancer)….emotions, home, domestic, and nurturing needs and your outer life (Capricorn)…career, role in the public, and your goals.

With Capricorn being an earth sign it helps stabilize the volatile energy of a full moon as Capricorn is always rooted to the earth.

Use the energy of this full moon to focus in on more of your inner and outer goals….intention with appropriate action is important to manifest on the material plane!

I will leave you with some *affirmations for this Capricorn full moon:

– I release the fear and negativity that is blocking me.
– I accept my capacity to plan wisely for my goals.
– My abilities find their highest expression.

Since we are dealing with the Capricorn and Cancer axis it’s important to have a grounded root chakra so that you can continue to build on the solid foundation that you have created.

You can work with the following essential oils by smelling them and/or placing them at the base of your spine or on the bottom of your feet.

I only recommend and can stand behind Young Living essential oils as they are the highest quality without any synthetics and because of that I am a distributor for them. I only partner up with people or companies I trust!

If you would like to purchase any oils I can help you with that or I can also set you up so that you can purchase them at wholesale vs. retail. Contact me for more information. No pressure. There is never any pressure. I offer this as a service to you not as a sales pitch.

**Make sure to stay connected on my Facebook page as there will be a lot of activity next week with the cosmos making mid-July action packed!