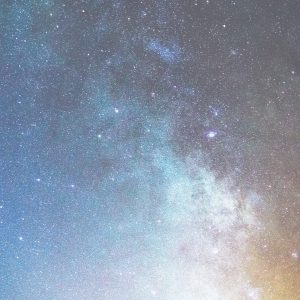 Note: the world in in shock right now but no astrologer really is. It’s time people start taking our craft seriously and understand what a beautiful tool it is.

I’ve been compiling this for a few days now. I wanted to make sure my ducks were in a row. The main astrology I do is soul astrology which is focused on self development and growth. In 2019 I wasn’t focusing my energy as much on the collective energy meaning the transits of the planets in the sky and how they impact us as a collective (Mundane astrology). Of course I saw stuff and knew about pluto coming together with Saturn and the south node in 2019 which is why so many people felt like their lives were falling apart. Beyond that though I focused on everyone’s own personal cycles…(because yes you each are going through your own experiences which is why one year might be great for you and everyone else is crying or vs Versa).

I realized the last time Saturn and Pluto were dancing together in the sky was during 9-11. Once I saw this it was a no brainer that something was going to happen and I started doing more research.

I made this video November 22 when I knew shit was coming. I was trying to remain calm and purposely DID NOT mention 9-11 because I didn’t want to scare anyone as I have a responsibility to share without scaring.

Reports came back that a lot of the first cases of corona were in November or December. Regardless if it was in September, for example, this is when the shift started boiling up. 2019 was heavy because of this.

REMEMBER: Just because you didn’t see it on the media it doesn’t mean it wasn’t happening. Move beyond that.

Also around this time the fires in Australia started which would then lead us into the new year with eclipses then the January 12th Saturn Pluto conjunction which was like a tuning fork and now we are all under the vibration.

I will be making either a podcast or webinar on more details. Right now I’m knee deep in research because this has completely shifted my focus. I’m not claiming to know everything because this is  very deep and extensive but I will share this. Keep in mind that Saturn and Pluto come together roughly ever 36-38ish years and they were conjunct during world war I. Squaring each other (90 degrees apart) around World War II and Opposing each other during 9-11. Interestingly enough the last time they were together was during the HIV/aids pandemic in the early 80’s. And there’s a lot more.

For now know that we are in another massive restructuring of our government systems (that WE made up). These energies are about the dismantling and elimination (Pluto energy that feels like a death and rebirth because it is) of old paradigms/government in the 3d realm (Saturn in Capricorn) etc. this is not only about a virus!! It is so much deeper.

And all this is impacting your consciousness level as well because when the planets shift it is a shift in our awareness levels also.

Pluto is asking for a death of the old for all of us. This is not going to be easy with this planet but I know for sure it’s necessary because Pluto is connected to our souls purpose! Whatever it clears out it does to bring in the new BUT it’s a slow. long, arduous process.

This ain’t love and light shit yet. We in the mother effing chrysalis right now! lol 🙂

I know many are freaking out but if you can pause to understand that we always have cycles. Astrology is based on the cyclical nature of life and just like everything this will change us for the better because as humans we have to adapt. And we do. But this is a process. Allow yourself to be HERE NOW instead of just talking about the “unicorns” coming. They are but with Pluto it’s not yet! Being present in the moment is important. We as a society have such a fear of being in the unknown and of dying. But the irony is no one even knows how we are on earth. Truly 😉

Ps- When you understand energy and the universe you will understand that there are no coincidences. The rollout of more 5G is one of the unhealthiest things for our physical bodies and does not help disease of any kind. It actually amplifies it and allows things to mutate. I realize this may be new to many but just wait and you will see. The timing of this is not by accident. There is so much more but this summer will be wild too because we have an unprecedented 3 eclipses in a row. (We usually have 2) and eclipses are huge shifts in our consciousness. They set new timelines and events in motion. Even if this calms down in the summer it’s not a calm summer for other reasons then things will pick up again in the fall especially with more planets in air which moves information and spreads things faster.

This will be a Journey and a new way of life is forming. But we can’t see it all now because we are in it! Humans need to pull back and observe from a higher perspective (for their own sanity) while also remaining in the present moment. Welcome to life school. This is an advanced class and honestly, I’m calm because I’ve been through hell the last 12 years of my life which is why I know how to maneuver this. You don’t become a spiritual teacher because you want to put pretty pics on Instagram. You do so because you understand and are humbled by something so much greater than yourself. And you learn to surrender while also working on yourself and not believing the illusions at the same time. This creates your reality (more coming on this).

Remember, we are not going back to the old ways. It’s at least a 3 year process if not longer. You signed up for for this. It’s going to mature you reallll fast. This might be a first awakening for many.. or a second or a third because it never stops. Also, those whose soul contracts are done may exit this dimension. It’s going to be emotional for us all. So in a time like this it’s important to remember our hearts because this is where our truth is, where our answers are, and where we step into the vibration of love vs fear.

I’m not even going to tell you it’s ok or not to have fear. You do you. A lot of people that keep talking about the fear are actually focusing on it more and they are in a 3D mindset. Those who also cling to that vibration will cheer it on because they feel like they are being seen and as we know like attracts like. So again I’m not going to coddle you if you have fear and tell you it’s ok. Of course any emotion you have is yours to experience.  THAT’S the journey of free will. Instead, what I am going to do is keep directing you back to your heart and focus your energy there because it is in your heart that you have no polarity and there you find the peace you are searching for.

I love you. This is high level concepts and you will get it when you’re ready. Xo

pps- The energy is not ONLY about Pluto and Saturn. But this is a biggie.